The history of the Potions Cauldron 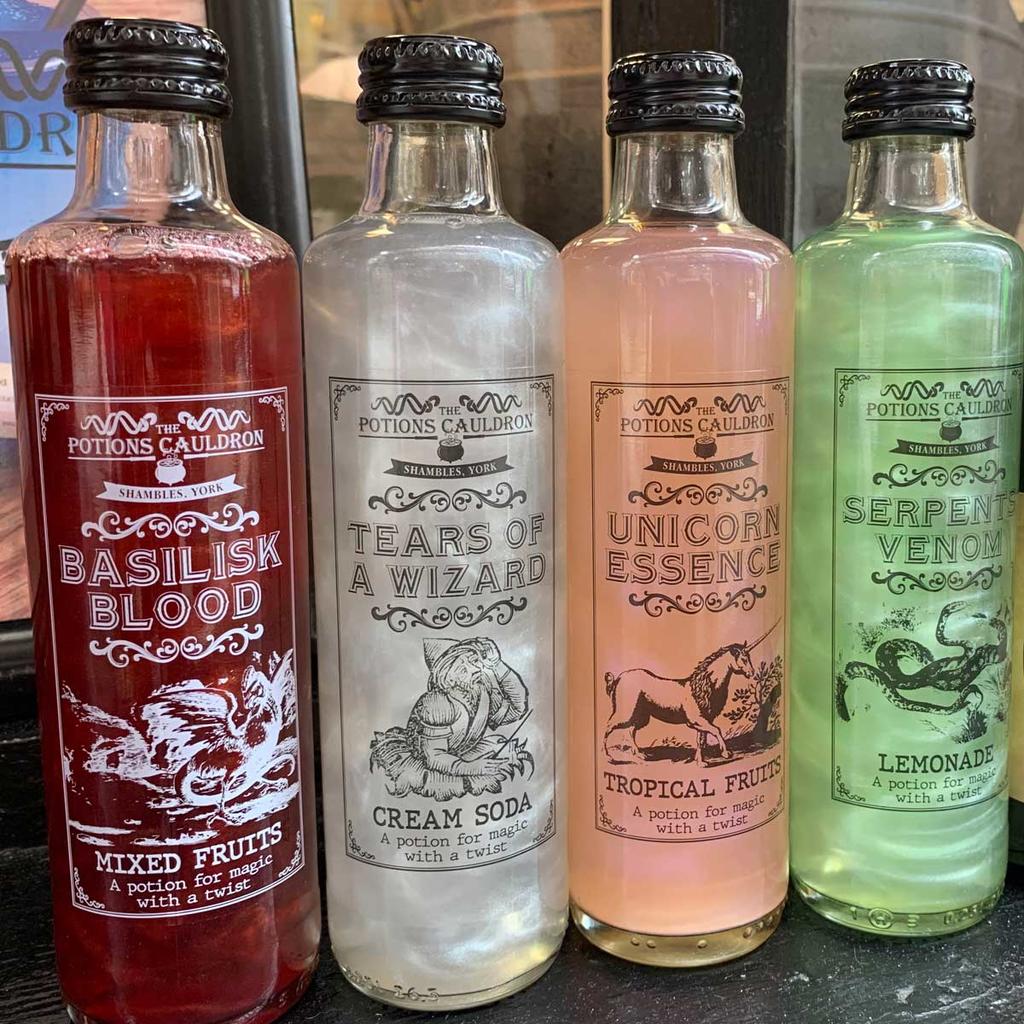 Shambles in York is one of the most famous streets in the World with more than 5 million visitors per year and has been described by Visit England as “The real Diagon Alley”, making the street a must for fans of magic from across the World.

About half way down Shambles you will notice the steam coming out of number 9 ¾ as the potion makers of the World’s most magical drinks emporium The Potions Cauldron are busy brewing elixir’s to enchant visitors, and keeping the history of magic on Shambles alive!

Since the 14th century potion makers have resided at 9¾ Shambles York, brewing and selling potions and elixirs to the people of the city...some medicinal and some magical.

The first known potion maker was Phileas Fry, who came to York in 1335 on a mission to help the needy and heal the sick, but in 1346 he left York and answered the call of his monarch and went to fight for King and country and joined the armies of Edward III against the French in The Battle of Crecy.

To try and hide the magic at work Phileas built a secret Potion room at the back of 9¾ Shambles York to give sanctuary to those purveyors of the dark arts who could help him brew the potions that could save his city.

The power of Unicorn Essence, Serpents Venom, Tears of a Wizard and Basilsk Blood were legendary and word seen spread of the magic at work in Shambles, York and the work of one man and a loyal band of potion makers who were bringing light to the darkness.

“Pick up the potion and turn upside down, and rotate three times. Turn the potion the right way, and tap the lid five times. Then experience the magic of Agnes De Molay”.

Potion making was dangerous and exhausting work and the potion makers started to brew a potion to raise spirits and to bring cheer to the streets of York. This real butterscotch beer called Spellbound became the stuff of legend and casks of the beer would be exchanged in secret to avoid the magic being uncovered or the potion being misused for evil.

In 2017 whilst renovating the old apothecary the current owners of 9¾ found records detailing the potion recipes and decided that once again Shambles, York should be a beacon for good and provide potions to the cities visitors.

They have reopened The Potions Cauldron, a shop that any boy Wizard would want to visit and if you can pass the magical test of the Magic Meter, maybe you could experience the mystical powers of The Potions Cauldron. You can also visit the secret potion room that is full of 700 years of York’s magical history.