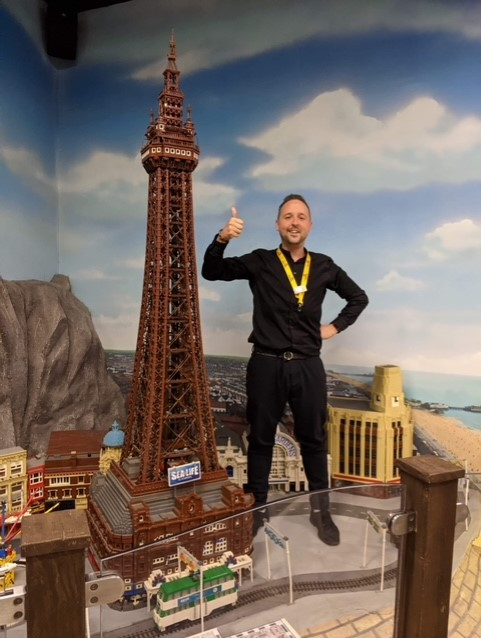 Ben Fry (Chief Enhancement Officer) and Phil Pinder (Director of Wizardry) are excited to announce the appointment of a Managing Director for the Potions Cauldron.

Stuart Jarman has been appointed Managing Director Aka; The Great Wizard, for the Potions Cauldron and will take up the post from May 2022.

The drinks and attraction company has seen rapid growth and expansion over the past 18 months, and they show no signs of slowing down in 2022 for which they have already launched; a 6th signature drink, the first Potions Express at York train station and announced the opening of the second Hole in Wand in Blackpool this spring.

Stuart has successfully managed several visitor attractions including; SEALIFE, LEGOLAND, Madame Tussauds, The Dungeons and Peter Rabbit in several locations including; York, Edinburgh, Manchester and Blackpool. Stuart also worked for the JORVIK Group as Head of Operations in York prior to joining Merlin Entertainments in 2016.

Ben Fry said: ‘Our journey so far has been really exciting and whilst there has been challenges along the way like in any business, we see this appointment as a real step change as we prepare for the future.’

Phil Pinder, said: ‘We are excited for Stuart to be joining The Potions Cauldron team, his skills and experience plug an identified gap and we are excited to see what he delivers.’

This appointment is a further sign that The Potions Cauldron is set for another bumper year and a business to keep an eye on during 2022 and beyond!

Press enquires can be sent to luke@thepotionscauldron.com