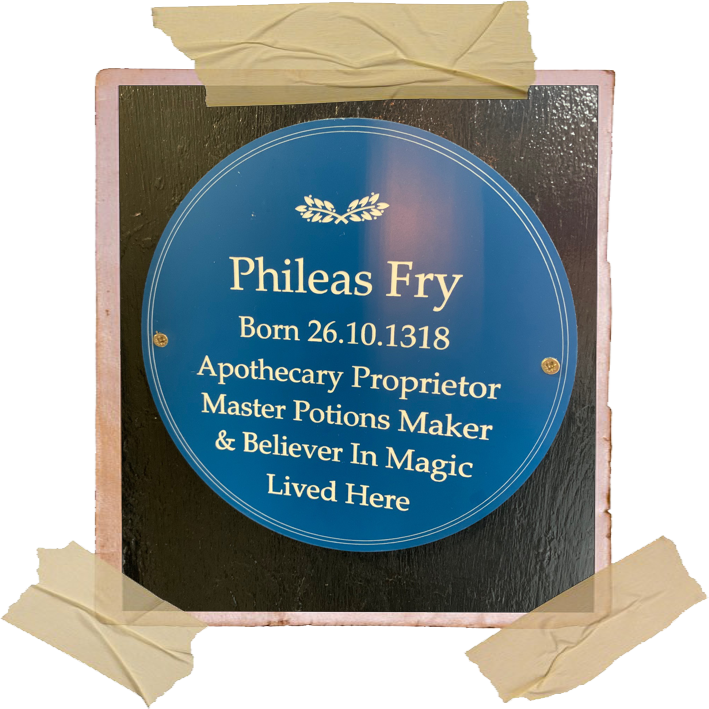 The Potions Cauldron, the most magical drinks emporium in the world is pleased to report they have obtained the first blue heritage Plaque on York's most famous street.  The plaque commemorates the inspirational Apothecary Proprietor, Phileas Fry, who inspired The Potions Cauldron founders to recreate his magical recipes once more.

The plaque is now in position at 9¾ Shambles, marking the life and work of Mr Fry who was known for his potions as an apothecary owner and dabbled in the art of Wizardry.

Born on the 26 October 1318, Phileas Fry, came to York in 1335 on a mission to help the needy and heal the sick, but in 1346 he left York and answered the call of his monarch and went to fight for King and country and joined the armies of Edward III against the French in The Battle of Crecy.

The Potions Cauldron opened in 2018 on what would have been Mr Phileas Fry's 700th birthday.